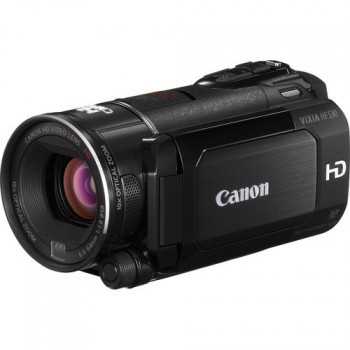 " The Canon VIXIA HF S30 Flash Memory Camcorder is more than just a way to record your memories it provides you with numerous ways to flex your creativity while keeping your budget in check. The fact that the HF S30 shoots 1920 x 1080 high def video makes it appealing, but the HF S30 goes beyond basic 1920 x 1080i with 24p native capabilities. Recording with the 24p frame rate you can spice up the HD recording with a cinematic look that's great for aspiring film makers. In addition, the 24p Cinema Mode and 30p Progressive mode (both recorded at 60i) create videos that are also cinematic or Internet-friendly. "

Our testing confirms that EditReady successfully converts Canon VIXIA HF S30 footage. This means that files from the Canon VIXIA HF S30 can be converted and transcoded, and played in applications like Quicktime Player, iMovie, Avid, and Final Cut Pro.

Our testing confirms that ClipWrap also successfully converts Canon VIXIA HF S30 AVCHD (mts) footage. This means that files from the Canon VIXIA HF S30 can be converted and transcoded, and played in applications like Quicktime Player, iMovie, Avid, and Final Cut Pro. If you're using a Mac running Mac OS X 10.6 or 10.7, ClipWrap is a great solution for working with these files. If you're on a newer Mac, we recommend using EditReady.

EditReady works great with the video files recorded by the Canon VIXIA HF S30. You can easily preview the files, edit their metadata, apply LUTs, and transcode them to formats like ProRes, DNxHD or H.264. It's the fastest and easiest way to get from capture to edit.